“How to Destroy Angels/A Slow Fade to Transparency” 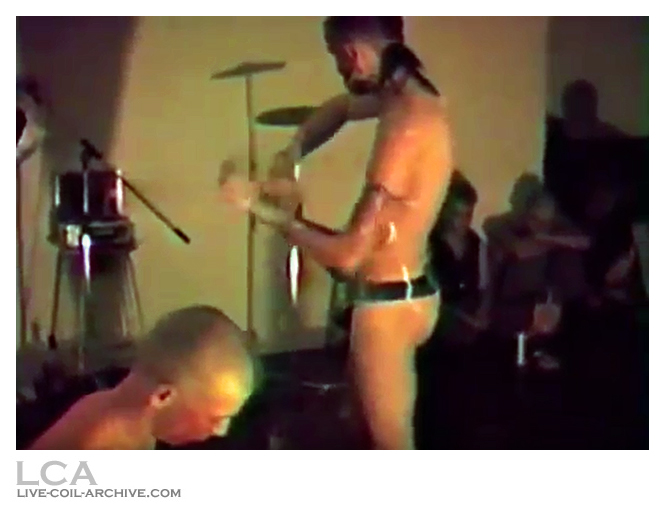 Only performance of the song. Phil Barrington explains it in his essay On Balance: Tracing the History of the First Ever Coil Recordings: “The early, live version of ‘How To Destroy Angels’ (from the August 1983 ‘A Slow Fade to Total Transparency’ show) bears little resemblance to the version recorded seven months later in the studio. in fact, I’d go so far as to say that the music itself was purposely designed to be fairly nondescript, the soundtrack being third in line of importance at the event: Marc Almond’s niggly narration of his diary entries about ex-lovers and COIL’s own repeat performance with fake blood enemas (the first being Geoff’s performance with the blood douche in PTV’s ‘First Transmission’ tape a year earlier) being far more important than the meandering music. This recording is bookended by samples, the first two minutes or so of which is lifted from a tape of the notorious dinner scene from Pasolini’s ‘Salò, or the 120 Days of Sodom’ (1975) and the last minute of the track is probably sourced from the same scat porn tape (“That’s really good… What?… On your face…”) that was sampled for ‘The Sewage Worker’s Birthday Party’ and/or the start from ‘Godhead ~ Deathead’ (‘The Sewage Worker’s Birthday Party’ itself going on to be recorded in the studio during the same February 1984 sessions as the 12″ stereo and mono versions of ‘How To Destroy Angels’, the LAY5-A vinyl version of which has the runout groove message “Shut up, it’s good for you”).

The Air Gallery hosted a 2-day festival. Coil’s performance was more of an experimental art piece than a gig. Peter played backing tapes, then sat back and watched as Marc read from his diaries concerning a toxic former lover and John Balance and John Gosling covered their half-naked bodies with fake blood, glitter, wiring, oils, lotions, and other fluids.

Lydia Lunch and Nick Cave attended; the latter walked out once Gosling started pissing all over the room. Anita Lane helped Balance and Gosling clean up afterwards, while Crystal Clytia cleaned up the floors.

“The Soundtrack of the Programme” – studio track released in 1984 on L.A.Y.L.A.H. Antirecords 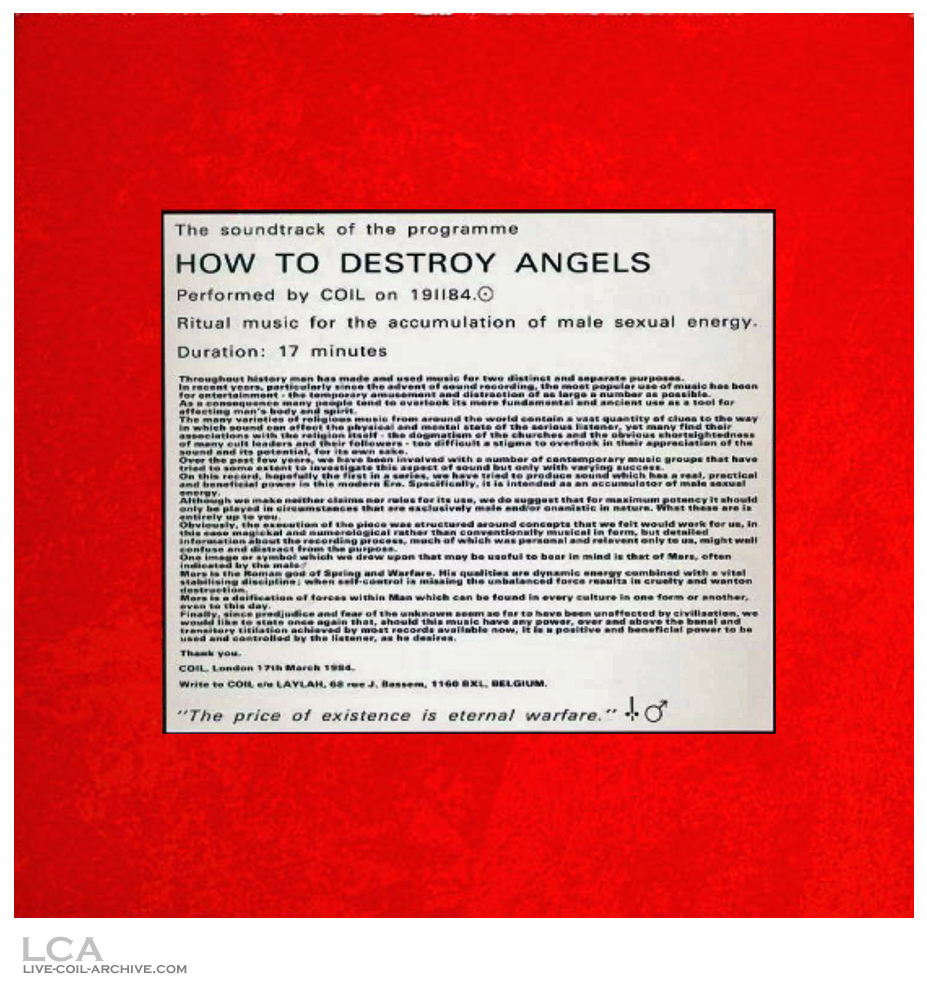 On September 10, 2018, Coldspring released How To Destroy Angels (CSR263CD​/​LP), a compilation album containing remastered camera audio of the show, a remix of said audio, and “Baptism of Fire” from AUD #1 of 1983-10-12 Recession Studios, under the name “Coil + Zos Kia + Marc Almond.” They stated: “Cold Spring are proud to announce the complete recording of ‘A Slow Fade To Total Transparency’. Recorded 24th August 1983, at the Air Gallery, London, UK. All audio has been remastered from the original tapes, is previously unreleased, and is EXCLUSIVE to this release.” 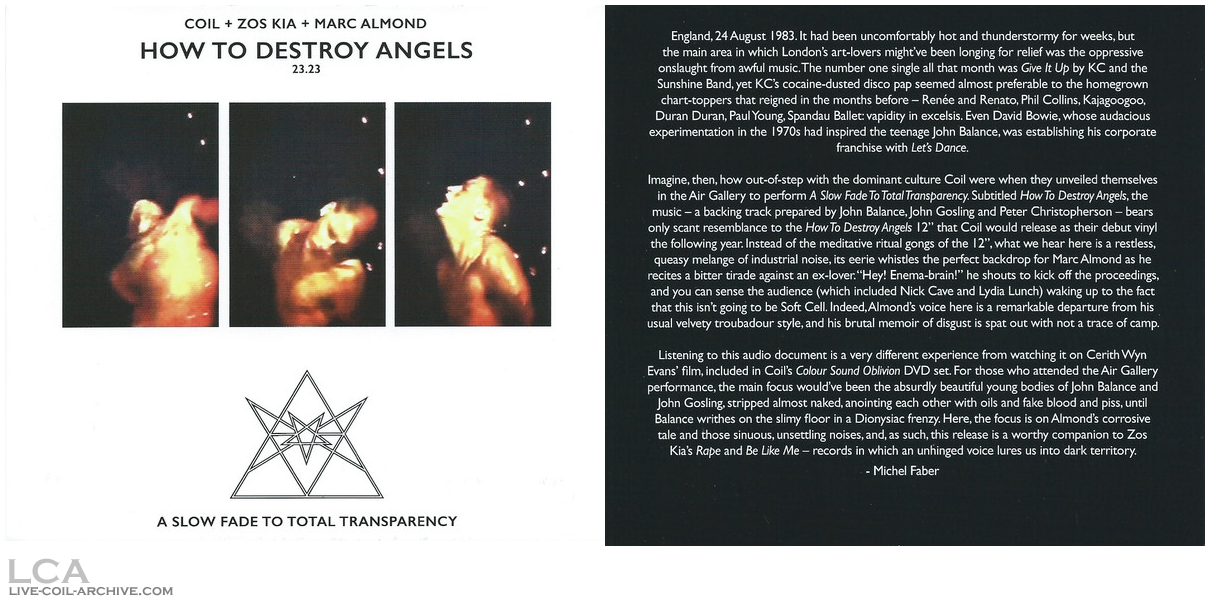